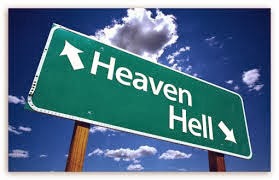 We all have our subscription settings to the Information Marketplace fine-tuned differently, so your experience may not be like mine. But every day I rummage through Tweets, Facebook posts, and links to articles and blogs, that engage the question of belief in general, Christian belief in particular, and what difference it makes; that is, what are the consequences that are at stake?

Within the context of this maelstrom, of course, certain controverted issues are bound to come up--issues around sexuality and fecundity, for the most part. Of late, cyberspace is abuzz with commentary and speculation about Pope Francis, who has, inside of a year, pulled off an astonishing shift in the tone of what emanates from the Vatican. Some in the journalistic community--mostly representing the secular media "covering" religion, but also some others who should know better--have inconvenienced billions of electrons with their prognostications that, any day now, the Holy Father will take a neutral stance on abortion and shrug his shoulders in a sort of "whatever" assessment of homosexual behavior.

Aside from the amazing and completely vincible ignorance that underlies such wishful thinking, what I find both mystifying and unsettling is the way it's all inevitably tied to Heaven and Hell, as if that's what it's all ultimately about when we cut to the chase and dispense with technicalities and small talk.   The Pope says, "Who am I to judge [gays and lesbians]?" and right away the story is about how the Catholic Church no longer teaches that gays and lesbians are going to "burn in hell." Secular journalists and bloggers ineluctably reduce inter-religious differences, and even theological differences between the array of Christian groups, to an issue of who gets into Heaven and who goes to Hell.

Maybe it's my unique perspective, but I see more of this reductionism coming from outside faith communities than from inside. Yes, I know it's possible to find more than a few individual Christians, and the marginal sects and cults with which they are associated, who seem inordinately consumed with the question of who's going to Hell and how hot it will be when they get there. But, for the most part, I don't see much of this among mainstream Evangelicals, old line Protestants, Roman Catholics, Anglicans, or Orthodox. So it seems more or less a convenient hook on which largely secular scribes can hang their impressions of Christianity and other religions.

What a constricted and impoverished understanding of Christianity this is. What a constricted and impoverished understanding of the world this is. I wish Christians, along with those who devoutly practice other religions, would be more vigilant and more aggressive in calling out this fallacy. The reason more don't challenge this view, I think, is because it's not all that far from the views (secretly?) held by many Christians. It represents our Cultural Theology, even if it doesn't represent the formal teaching of any particular church. Hence, it has more of a hold on the imagination of Christians than do formal articulations of doctrine or the words of our worship. It's not what we're really supposed to believe, but it's what others think we believe, so it's what we quietly believe about ourselves.

Of course, behind this binary Good People:Heaven/Bad People:Hell paradigm is an assumption of a philosophical concept that has been called the "immortality of the soul," i.e. that there is a "spiritual" element in the makeup of a human person that survives the death of the physical body, a continuing consciousness of some sort. Cultural Theology teaches that everybody automatically has this and the only question is the degree of happiness that will be attached to it in the "afterlife." Once again, this is sentimental claptrap, a caricature of a distortion of real Christian belief, and, to the extent that there actually is an upsurge in atheism, it against this intellectual train wreck that most "new atheists" are reacting. I don't blame them.

By contrast, the Christian hope is not anchored in the immortality of the soul. There is no line in any of the creeds about the immortality of the soul. The Christian hope, as we do say in the creeds, is in the resurrection of the body. My hope is not that I will "go to Heaven when I die." My hope is that, sometime after I die, I will be raised with Christ, and live in a body that is material but glorified, like the one in which Jesus appeared after his resurrection. Oh, we can go at it about whether there's an intermediate conscious state between death and resurrection, but that's a second-tier conversation, and it has rather little to do with whether souls are immortal.

In the meantime, there's a bigger picture that we do well to keep our eyes on. The universe is fallen and broken, and God, motivated by deathless love, and having long ago determined not to accept that state, is going about the business of stitching it back together, reweaving the fabric, redeeming it, making it better than it was to begin with. Jesus' incarnation, birth, life, passion, death, resurrection, and ascension--the complex of events we call the Paschal Mystery--is at the core of that redemptive project. Sadly, Cultural Theology and the Paschal Mystery have barely more than a passing acquaintance. If a critical mass of Christian were not deeply in thrall to Cultural Theology, the secular media would have to deal with the Paschal Mystery, and they wouldn't be able to reduce statements by Christian leaders to questions of who's going to burn in Hell.

Now, as a post-script: I do accept the notion of Hell as a logical necessity if one believes in human free will. If we are truly free, then we are free to reject God, to reject God permanently. Hell is the absence of God and the annihilation of the central feature of human identity--the image of God. Whoever is in Hell is there, not because of what they are, or what they've done or not done, or what they've believed or not believed--although those things are not unimportant--but because they have freely chosen to reject God's love. As to whether Hell is actually populated, or for how long, or whether it's a state of conscious suffering--that is its own quagmire, in which I will probably never be sufficiently interested to explore in a venue like this.

Interesting Bishop Dan but I'm not sure how you connect the Paschal Mystery and rejecting the love of God with the rejection of the Person of Christ.

It is the critical mass of media that is enthralled with cultural theology. The reason being is that the media loves new things, new ideas, and is positively bored by what it considers "old" ideas. The fact of the matter is that the Good News of the Gospel is still "News" but the media is not going to spread it and may actively resist it. Jesus' followers have been handed their marching orders and onward we go to let the world know about this awesome News.